The 482nd Bomb Group (P) was activated on August 20, 1943 at the United States Army Air Force "USAAF" Station 102, Alconbury, Huntingdonshire, England. The "P" stood for Pathfinder and meant the 482nd would lead the Eighth Air Force on combat missions over Europe by means of radar and other electronic navigational devices. The 482nd has the distinction of being the only USAAF group to be activated outside of the United States.

Role and Mission of the 482nd

During 1942 and 1943, experience had shown that the Eighth Air Force precision bombing as done visually by Norden bombsight was possible in the European Theater of Operations (E.T.O) only a few months a year. Several far-sighted officers, veterans of the early mission over German occupied territory, sought an answer to this dilemma. How could the largest air force in the world conquer the clouds that persisted over Europe?

Using new Radar platforms developed by the RAF, a different tactical method was planned. A group was to be formed consisting of the best crews from each of the other groups. Flying B-17 and B-24 aircrafts equipped with specially modified British radar (H2S), these crews were to lead each combat wing as Pathfinders. Thus the idea of the 482nd Bombardment group (Pathfinder) was born.

The 482nd Bomb Group (P) was activated on August 20, 1943 at the United States Army Air Force "USAAF" Station 102, Alconbury, and Huntingdonshire, England. The "P" stood for Pathfinder and meant the 482nd would lead the Eighth Air Force on combat missions over Europe by means of radar and other electronic navigational devices. The 482nd has the distinction of being the only USAAF group to be activated outside of the United States.

Upon its inception on August 20, 1943 the 482nd Bomb Group worked with a skeleton crew at Alconbury to convert and prepare the base into a four squadron operational Bomb group and make it ready to receive the incoming planes and crews. The bulk of the personnel came from the 92nd BG, the 479th Anti- Sub group and the 12th Replacement Depot. Some of the new crews came from the states via the Valley Air base in Wales. Other crews were furnished by the bomb groups in already combat and scattered throughout England. It truly became a Composite Bomb Group. The base established a Weather Section, Radar Section, Flying Control section, Maintenance Section and Armory Section. All the necessary sections to operation 8th Bomb Group. It was said that there was a feverish pace of activity for 36 straight days.

Work went on day and night and then on the night of September 26, 1943, four H2S radar equipped B-17's were flown to bases of the 1st and 3rd Air Dvisions. The target for the mission was Emden, Germany. A total of 308 B-17’s took part in that mission escorted by 262 P-47's. There were seven B-17's and one p-47 lost due to enemy action. It was the first mission in 8th Army Air Force history that was lead by radar equipped aircraft. Instead of being shackled to the ground as in the winter of 1942-1943, the 8th would fly many more missions setting a combat record in the winter of 1943-1944 all led by the 482nd BG crews. 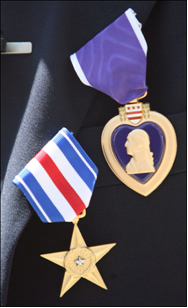 Alconbury - Base of Operations

The 482nd set up operations at station #102 USAAF Alconbury. Alconbury had been an RAF (Royal Air Force) base and was allocated to the U.S. in 1942. It had three intersecting concrete runways that were 50 yards wide. The runways were expanded in 1942, the main to 6,000 ft. the two alternates to 4,200 ft each. Alconbury had 56 hardstands in total during WWII. The base encompassed approximately 500 acres. 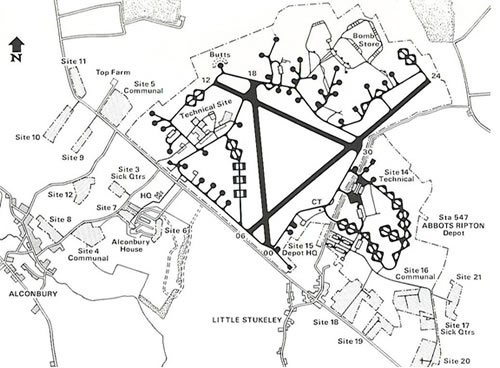 Prior to the 482nd arriving in the fall of 1943, the base had been home to several other groups including the: The 93rd Bomb Group (from September of 1942 to December 1942 – sometimes known as the "Traveling Circus"). It was the first Operational B-24 Bomb Group in the 8th. It was moved to its base at Norfolk.

The 92nd Bombardment Group, known as "Fame's Favored Few" moved in from Bovingdon in December of 1942 – August 1943. The 95th BG was also stationed at Alconbury for a short time in 1943 (from April 15 to the first week of June) and it was during their stay while loading 95th BG aircraft that a famous and tragic incident occurred at Alconbury. On May 27, 1943, at approximately 8:30 pm, while ground personnel were loading bombs into B-17 Fortress 42-29685 in the dispersal area; a 500 lb bomb detonated setting off several others, instantly killing 18 men, injuring 21, destroying four B-17’s, and damaging 11 others.

Life on the Base

Alconbury, like most air bases in England during WWII, was hot, damp, wet and cold. It just depended on the season.

Alconbury was located in a farming community about 17 miles from Cambridge, England. Military life presented its daily challenges to all who called the base home. There was both an officers club and non- commissioned officers club. But you had to pay your dues.

Conditions on the base were crowded. There was one Pub in the town of Alconbury, so most times if you were lucky to have a pass the men would head to Cambridge. The problem with Pubs in England was that at 9:50 p.m.the pub keeper would call "Time Gentlemen Time" which means the pub had to close for the night. That was awful early for young airmen on leave. On base there was baseball team, base football team, basketball and boxing. Red Cross dances were most looked forward to by the entire base personal. 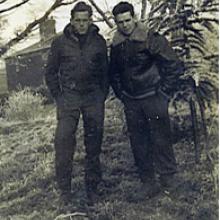 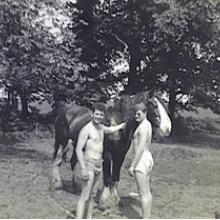 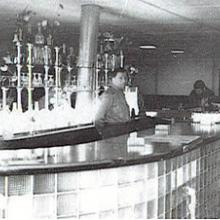 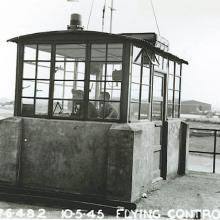 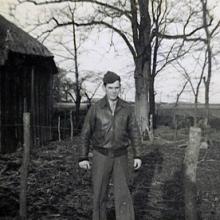 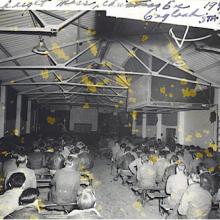 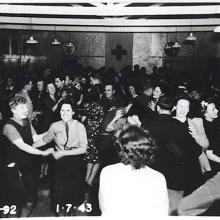 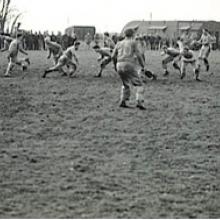